I use a MacBook for my development and until recently I have done my Java development in Eclipse. It is a very popular IDE and apparently very flexible and can be made to do absolutely everything. Also, all the Google Java products plugins only worked for Eclipse and that was the main reason for me to not switch. However, it shortcomings became more and more apparent during the time I wrote my dissertation and became more serious about Java development. I noticed the following things about the OS X variant of Eclipse.

One day I was frustrated enough by how rubbish Eclipse was, that I was ready to switch IDE mid-project. I kept saying to myself that I would give Netbeans a spin at the next project but my patience with Eclipse was wearing thin. I have not looked back. The main issue I was worried about was the project conversion process and I have to tell you it was the most seamless thing I have ever experienced. Absolutely no errors or incompatibilities turned up. I was impressed. It also turned out that Netbeans is much better at managing your classpath automatically, so conversion even resolved a few issues. The only thing I had to redo was the tomcat configuration but that took about 30 mins.

After trying Netbeans out for a few days I have the following things about it. 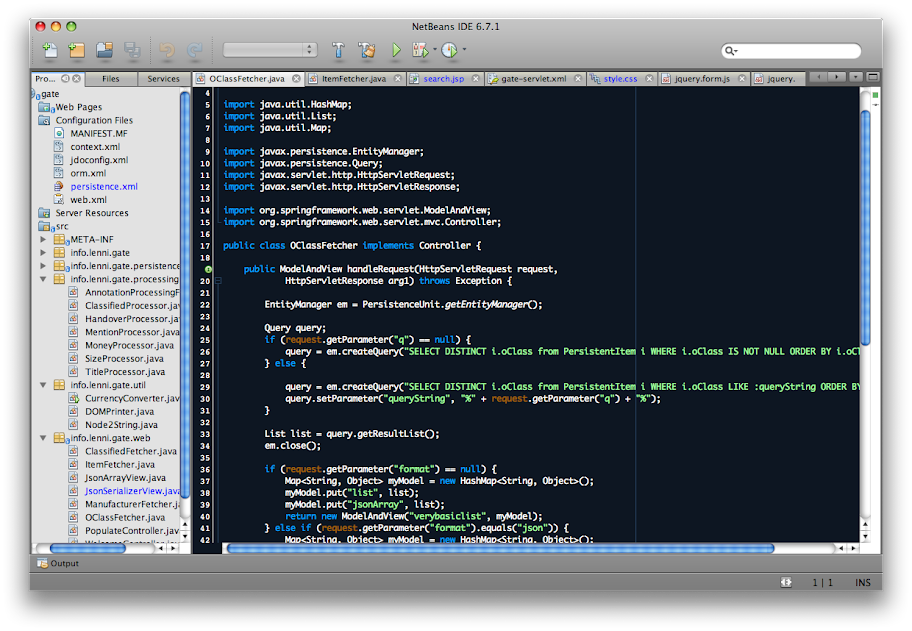 In retrospect, switching to Netbeans has been a huge boost in terms of productivity for me. I’m wondering why I didn’t try it earlier.